Koi Princess Touch is a mobile slot game that was developed by NetEnt. It is a manga style mobile slot which is powered by the NetEnt Touch platform and features manga characters and various Japanese inspired lucky symbols.

Koi Princess Touch mobile slot has five reels and twenty pay lines. Along with the betting options is a bonus bet feature which helps increase the chances of seeing any of the eight bonus games. Coin sizes range from 0.01 to 1.00 and double with the bonus bet in play. The mobile slot includes a nudge feature and auto play.

How the Bonus Bet Works

The Koi Princess Touch bonus bet can be activated by tapping on the settings icon and accessing the option to adjust bets. The same betting level and coin size applies but that amount is then doubled.

Having the bonus bet in play increases the odds of the multiple bonus features being triggered, including the randomly awarded ones. The value of the Bonus Wheel rewards and even coin wins are increased along with the return to player rate.

There are four different random features of the Koi Princess Touch mobile slot game. When one is awarded it comes with one free re-spin. These are the random wilds, the 5-hit bonus feature, the bonus feature and wild reels. 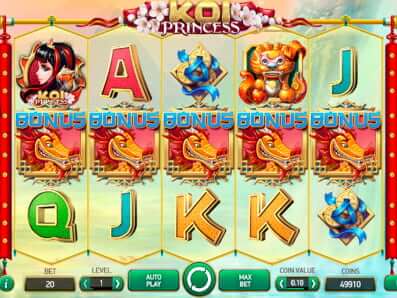 Koi Princess Touch real money Android slots have four bonus features that are bigger than the random ones and must have the bonus symbol landing on reels one, three and five simultaneously for one of the bonus features to be triggered.

The next bonus feature is the wild reels free spins. Ten free spins are given with a possible one to five wild reels added to every free spin.

The bonus wheel is a bonus feature that can also be a sort of pre bonus game which awards either one of the coin win, sure wins free spins or wild reels free spins bonuses. There are three levels to the wheel and tapping on the dice must be done to move around. Moving along the wheel can result in wins of the previously mentioned bonuses, a 2x; 3x or 5x multiplier, having the current win doubled, an arrow to move closer to centre of the wheel for bigger prizes, collected wins and ending the bonus or even winning the jackpot prize of 250x the total placed bet. 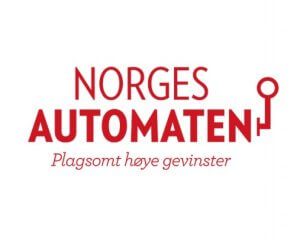